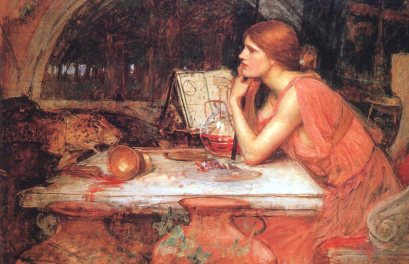 This year is flying in so fast, I can’t believe it’s now October. I’ve been a bit quiet on the blogging front partly because I’ve just wanted to be lazy and chill out when I can and partly it has been because my energies have been elsewhere. Earlier this summer I had a 3 hour exam I had to prep for and it wasn’t fun at all so a lot of my energy lay there and also I was searching for a new job so a lot of time went to that too, as well as factoring in spending time with friends, family and date nights with my lovely man ❤

This autumn and winter will involve more studying for my course but I also plan to throw myself into more witchery when I get the chance.

I’ve been ‘earthing’ a lot lately, so much so that even my altar room is filled with earth tones and items. I must be needing it. A witch ought to be strongly connected to the earth after-all – we are part of it.  I even started some gardening, I foraged some herb clippings and made a potted herb garden outside my home and the lovely man dug a space for us to plant potatoes. Hopefully they will be ready to harvest late November if other things haven’t gotten to them first!

I’ve learned a new skill – Crochet! I made a pair of hand warmers and hope to learn some more crochet projects this winter such as scarves, hats and shawls.

I subscribed to Witch Casket last month and received my first parcel and was not disappointed. I can’t wait to see what they have in store for the October one.

I used my gathering tote bag this afternoon to do some foraging in nearby woodland. I picked up some bramble stems, conkers and acorns after giving the spirits a few drams of Stag’s Breath Liqueur. I’m going out again tomorrow to a local nature trail for some rowan and elder. I’ve hinted today that I have a new project I’m working on and it’s something I’ve wanted to do for a long time. I’m setting up my own witchcraft business! Still in the early days just now, I have a lot of planning to do and materials to source but I’m so friggen excited about it! Who knows, all going well I may be able to do it full time and give up the day job (I can dream!). 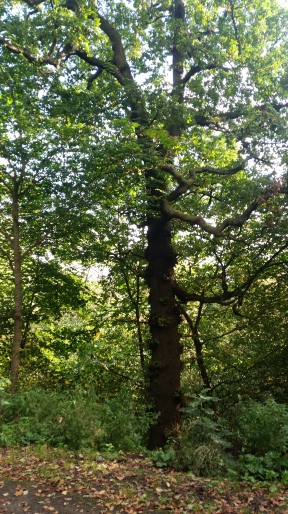 It’s finally Autumn! I get so excited about this time of year, summer won’t be missed be me! I’m all about the hot drinks, pumpkin spice everything and wooly jumpers! Now is the time to start gathering energies inwards now, keep a reserve of strength to use over the cold hush of winter. Plus one of these will give you all the autumnal vibes:

I have a few blog post ideas to write up so hopefully I will get that done soon as I keep meaning to write more on here instead of microblogging on Tumblr which is far too easy.

Hope you are all doing well and this season brings you much prosperity!

– The Changeling,  by The Doors

I was out with friends last night celebrating my 29th birthday and I’m feeling a wee bit delicate today. We went for a birthday meal first at Dundee’s new dim sum restaurant, Manchurian. We ordered some grilled and steamed shrimp and pork dumplings, some char siu bao, and for my main meal I had honey & chilli chicken with rice. My god I was stuffed! It was delicious though and the service was fantastic and the staff very welcoming and accommodating. Once we felt we could move again we headed off to the pub to begin the birthday drinks.

One of my lovely friends bought me The Sherlock Holmes Tarot, which I’ve had my eye on. She got me a signed copy from The Atlantis Bookshop, London’s oldest independent occult bookshop. The images are bold and delicious, and although based on the standard 78 card tarot deck, the four suits of the minor arcana have been renamed: observation (swords), evidence (wands), analysis (cups) and deduction (pentacles). I’m looking forward to trying out a few spreads with this deck.

Another lovely friend bought me a book I have coveted for a while, Serpent Songs by Scarlet Imprint. It is beautifully made, olive cloth bound with some gold lettering. It’s a deliciously seductive collection of essays on witchcraft, the occult, folklore and traditions. I was tempted to run away home with my gifts there and then and leave everyone else in the bar!

We went to Cerberus afterwards, which is a nice little pub which plays mostly rock music, and it’s cosy and always makes me feel like I’m sitting in someone’s living room, all that’s missing is a cosy fireplace and armchair. The night ended in traditional drunken manner: going home with nice greasy takeaway food 🙂

In other news, I made a decision not long after Beltane to leave the coven I was part of. Although it wasn’t an easy decision to make, I feel it was the right one for me. I’ve spent three years with them and I’ve learned a lot in that time, and through their guidance I was given the tools to strengthen myself and for that I will always be grateful. But the time felt right to leave, and so I did. I’m still on good terms with everyone, and I’ve made some good friendships there, so I don’t intend to become a stranger. Besides I’ll see quite a few of them at the local moot no doubt.

I feel a bit delicate after last night’s rum consumption, so I will be spending today curled up on the sofa, drinking copious amounts of tea, reading Serpent Songs and trying out tarot spreads with my new deck 🙂

“If you’re brave enough to say goodbye, life will reward you with a new hello” – Paulo Coelho 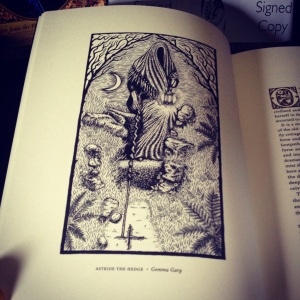 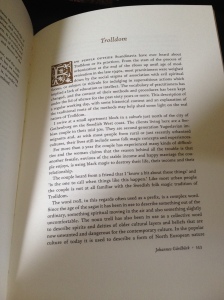 witches flying to the Sabbath
Cailleach’s Daughter
tinmumblog.wordpress.com/
Meanderings of a Gay Pagan

Thoughts on spirituality; paganism; druidry; wicca and all things occult

Touch your soul with wild beauty